Each with a distinctive and unique design scheme, these beautiful new special editions speak for themselves...

Available for one year only, the incredible new special editions are limited to a select number.

Register your interest and be among the first to see the stunning new motorcycles in the flesh at Lings Triumph!

Available for one year only, the new Street Twin EC1 Special Edition takes its inspiration from the vibrant custom-classic motorcycle culture of London’s East End – particularly the historic streets of EC1, the iconic London postcode which has given this beautiful machine its name.

London’s thriving design community has seen an explosion in the Modern Classic scene over the last few years, with a real passion and appreciation for the art of customisation.

And Triumph’s best-selling Modern Classic, the Street Twin, with its easy, confidence- inspiring ride, rich British twin character and stripped-back style, has proven to be a firm favourite for riders young and old to personalise and make their own.

Bringing all of the latest generation Street Twin’s thrilling performance and capability, the EC1 Special Edition adds a unique custom-inspired scheme that will be available for one year only. 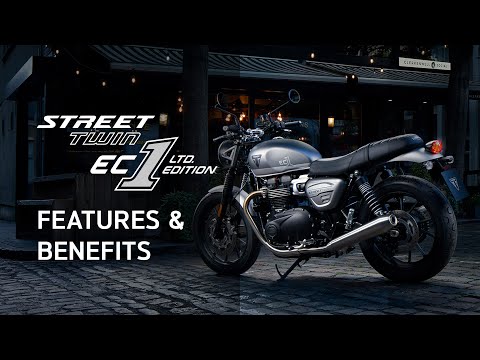 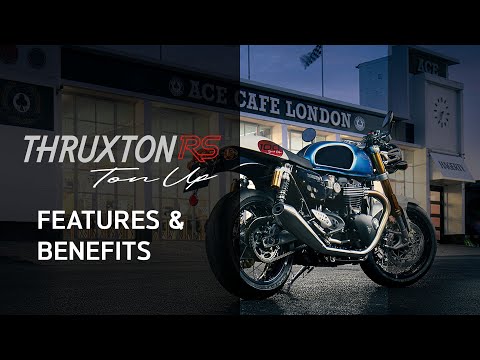 Inspired by the legendary Ton Up boys of the 1950s and 60s – the original café racers, and the first ever production 100mph lap of the Isle of Man TT achieved by Malcolm Uphill in 1969, the new Thruxton RS Ton Up Edition celebrates the passion and iconic style of the record-breaking Thruxton with a unique design scheme that is available for one year only.

The original Thruxton played a major part in the birth of motorcycle motorsport, as far back as the late 1950’s when the racing Bonneville first took victory at the legendary Thruxton 500 race series, from which it took its name, courtesy of British racing legend, Mike Hailwood. And from then onwards, the Thruxton was a dominating force – race winner and record breaker – with years of success spanning the 1960s.

By 1969, the Thruxton had won the Isle of Man TT, with Malcolm Uphill cracking the 100mph production lap for the very first time. And on the road, thanks to its twin-powered performance, it had also become the bike of choice, inspiring a generation of teenage racers – a now-iconic subculture centred around British café racer motorcycles and Rock n’ Roll music – the “Ton Up Boys”.

Driven by the common goal of doing “the ton” – riding 100mph – the café racers of the day would modify their motorcycles to maximise speed and handling by stripping them down to the bare minimum.

And now, honouring that passion, racing heritage and iconic style, the new Thruxton RS Ton Up Edition celebrates the legendary period in Britain’s motorcycling scene with a unique new classically-inspired scheme, available for one year only.

Designed to celebrate the Rocket 3’s category-defining performance, including its world-leading 221 Newton metres of peak torque, the stunning new 221 Special Edition with its unique paint scheme is available for one year only, on the R and GT models.

Available for one year only, the new 221 Special Editions combine a unique new paint scheme, showcasing the Rocket’s class-leading performance numbers, with all of the Rocket’s signature muscular style, phenomenal handling and effortless touring capability. 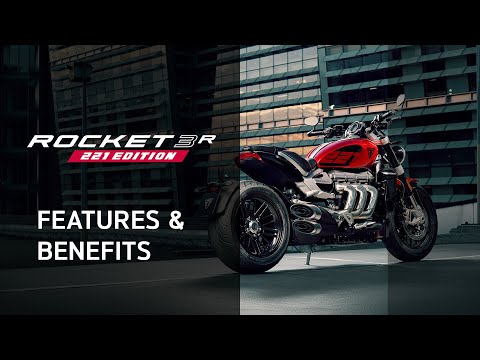 Whatever your question or feedback we are here to help. So please feel free to contact us

Make an Enquiry
Book a Test Ride
JOIN US ON SOCIAL

Immerse yourself even deeper. Visit our social channels

Company Information
High Street, Watton, United Kingdom, IP25 6AH
Reg Office: P.F.K. Ling Ltd 55 Mendham Lane, Harleston, Norfolk, IP20 9DW
Reg. Company Number: 710435
VAT Reg. No. GB369231679
FINANCIAL DISCLOSURE: P.F.K. Ling Ltd is authorised and regulated by the Financial Conduct Authority. FRN: 307908. We are a Credit Broker not a Lender and can introduce you to a limited number of lenders. We typically receive a fixed commission calculated by reference to the vehicle model or amount you borrow, for introducing you to a lender but this does not affect the interest charged on the agreement, all of which are set by the lender. P.F.K. Ling Ltd is an Appointed Representative of AutoProtect (MBI) Limited which is authorised and regulated by the Financial Conduct Authority for Insurance Distribution. Their Firm Reference Number is 312143. Our FCA Permitted business is arranging general insurance and finance contracts. You can check this on the FCA Register by visiting the www.fca.org.uk.