Bring the race track feeling to your local roads.

The CBR1000RR-R SP is a brand-new motorcycle, built with an unwavering focus on circuit riding, with unprecedented levels of performance and control. Its inline four-cylinder engine draws heavily on the RC213V-S’s combustion efficiency ­and low-friction technologies – while also sharing its bore and stroke; it also features titanium con-rods and forged aluminium pistons. Honda Selectable Torque Control (HSTC) has been optimised and adjustable Start Mode added to Power, Engine Brake and Wheelie Control.

The bodywork and riding position have an uncompromising focus on aerodynamic performance, and the fairing features MotoGP-derived winglets to generate downforce. A full-colour TFT screen and Honda Smart Key are the finishing touches. 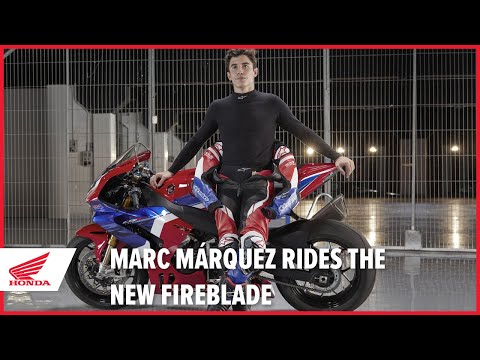 Since its original 1992 introduction Honda’s iconic Fireblade has evolved into an incredible 1000cc sports motorcycle. And it’s also been the base of a competitive race machine, on short circuits around the world and the roads of the Isle of Man TT.

But time - and competition - marches on, and for 2020 Honda is drawing a line under where the CBR1000RR Fireblade has been, and looking forward to where it’s going. Two brand-new motorcycles – the CBR1000RR-R Fireblade and CBR1000RR-R SP Fireblade – have been created, with heavy involvement from Honda Racing Corporation, to carry the legend forward.

Leaning heavily on the engine and chassis technology of the RC213V-S ‘street-legal MotoGP machine’, with aerodynamics drawn from the RC213V MotoGP bike, the new Fireblade has been designed from the ground up scratch - in terms of engine, handling and aerodynamics - for outright track performance.

“This year a brand-new Fireblade is born. And our intentions are crystal clear. The CBR1000RR-R’s battleground has moved to the race track, where its advanced performance can be most fully demonstrated. The engine has the same bore and stroke as the RC213V, and we have chosen to maintain an inline four-cylinder engine configuration and regular combustion interval for the freedom in packaging, high power and ease of control this layout affords. We firmly believe riders everywhere can experience a whole new level of performance with our new CBR1000RR-R – a machine in its element on the track.”

Reserve your new sports bike today with Lings Honda, give our team of experts a call at your nearest Lings Honda branch today or drop us an enquiry and a member of the team will get back to you.